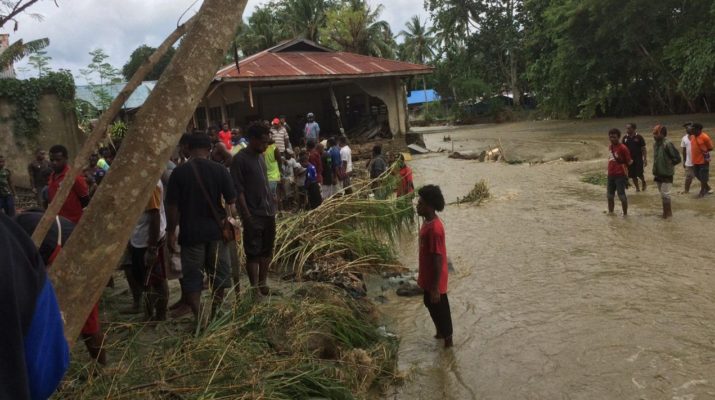 The head of the UEM member church GBKP in North Sumatra, Bishop Agustinus P. Purba, S.Th, MA, sent us the following report on the current situation after the devastating flood disaster in Sentani near the capital Jayapura in West Papua:

“As we all know that Last March 16, 2019 a big flash flood hit Sentani District Jaya Pura, Papua. This was the ten-year flash flood cycle, but recently was the biggest ever.

According to the explanation of the community, this flash flood was because of the deforestations surround Mt. Wilhelmina which is now known as Siclop while the populations of Sentani District are majority living in the suburb of Sentani Lake.

As the family in UEM member churches, we GBKP are called to help the struggle of our sisters and brothers in Sentani by sending one of our staff who is expert in disaster management especially in installing fresh water in emergency situation. His name is Mr. Guntur Tarigan. The traveling cost for him from Medan to Sentani is covered by UEM. Together with GKI- Tanah Papua in Sentani, he helps the refugees in installing the fresh water in the shelters, and according to the reports we got from him in the emergency situation the aids and logistics are sufficient especially in the areas impacted by the disaster such as in Kemiri, Doyo Baru and Doyo Lama. In district Avenirara is still isolated because the road access to this district is totally isolated therefore the aids and logistics must be distributed by ship through the sea. The government and related institutions must have the strategic plan to recover their conditions such as building the infrastructures and facilities so that all the victims could survive and then relocating them to the save location so that they could live their social life as usual.

Besides installing the fresh water, Mr. Guntur Tarigan together with the community have built the toilets facilities and trained the youth to install the water pumps. He also built a team from local youths to continue the projects. In the previous times, the sustainability cooperation with GKI Tanah Papua is still needed and we can make the strategic planning after our volunteer return from Sentani.”

UEM has so far provided 5,000 euros in aid for the people affected by the floods in Sentani. 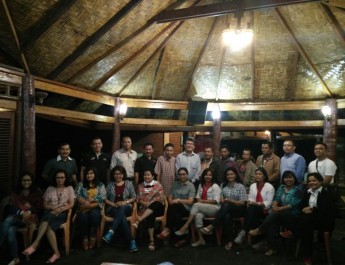 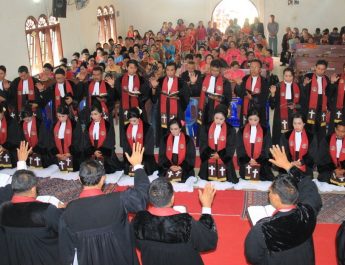