Dear Sisters and Brothers,
We are sending you this prayer alert about the situation in Papua,
which has deteriorated severely in recent weeks and days. In the
latter part of August, protests flared in Papua and by Papuans
elsewhere in Indonesia, sparked by an incident in Surabaya where
military officers and nationalist militia allegedly taunted Papuans
with racist slurs, calling them “monkeys”, “pigs” and “dogs”. There
were demonstrations in many places in Papua, particularly in Jayapura,
Manokwari and Sentani. According to reports that we received,
Indonesia has responded to these protests by substantial military and
police reinforcements in Papua and by shutting down the internet in
the territory, severely restricting communications. The situation has
reportedly led to killings and mass arrests.
We have also received a pastoral appeal from the Ecumenical Forum of
Churches in the Land of Papua, of which UEM member GKI-TP is a member.
This appeal demands that the Indonesian government

Punish those who carried out acts of persecution and racism
against Papuan students in Java, and to stop the stigmatization and
repression of Papuas;

Withdraw the extra military troops and national police which
have been brought in;

Immediately release civilians who are being detained by the
national police in connection with mass actions against racism;

Address that Papua problem in a just way by engaging in a
dialogue, mediated by neutral third parties, with the United
Liberation Movement of West Papua.
In February 2019 a delegation of the World Council of Churches in
co-operation with UEM visited Papua and expressed concern on human
rights violations and the marginalization and discrimination of the
indigenous people. Five Council members of UEM were part of this visit
to the Protestant Church in Papua.
UEM in co-operation with WCC and other ecumenical partners will
continue to call upon the government of Indonesia to end impunity of
perpetrators of human rights violations, to take concrete action to
stop discrimination of Papuans, to ensure that human rights of the
Papuans are respected and to enter into a genuine dialogue with the
Papuans in order to seek peaceful solutions for the conflict.
We ask you to keep the situation in Papua in your thoughts and
prayers. Please pray for justice and peace for the Papuan people. 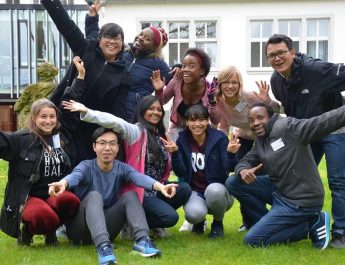 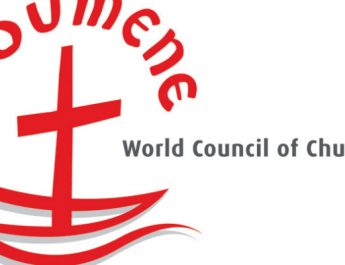 Vacancy at the World Council of Churches