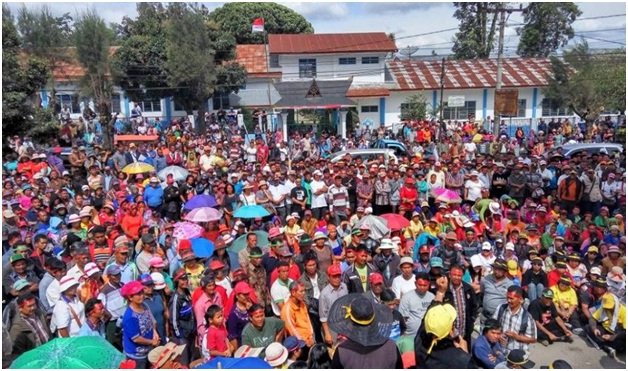 KABANJAHE,GBKP.OR.ID-Public Hospital Kabanjahe is a hospital which was built on the Dutch colonialism and managed by Nederlandsche Zendelingen Genootschap (NZG) the mission body from Netherland. After the independence of Indonesia this hospital was inherited to GBKP in 1948. 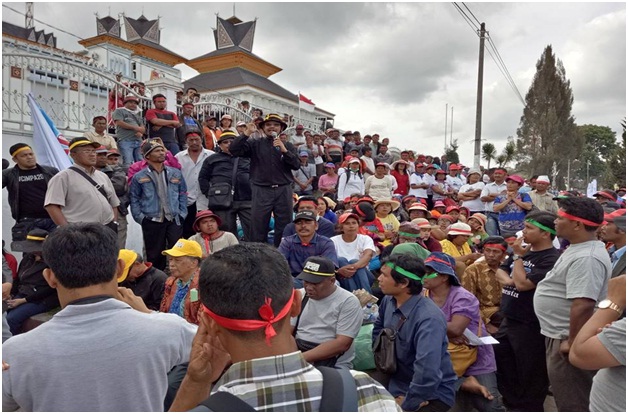 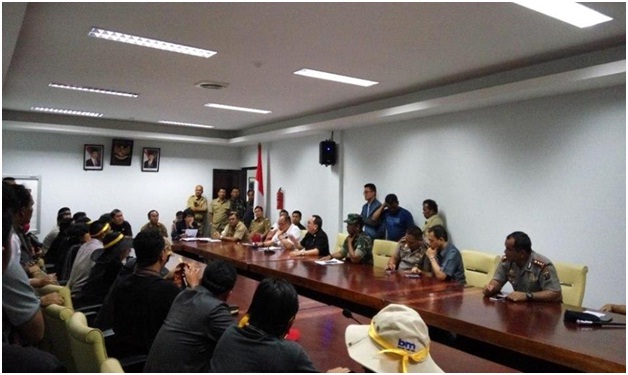 In 2000 throughout a series of deliberations, the leaders of GBKP have sent the letters to the Karo Regency government in order that the management of the Public Hospital Kabanjahe should returned to GBKP.

Over the past 16 years GBKP continuously approached the government of Karo Regency, the parliament, and National Land Agency to regain the possession of the Public Hospital, but all those efforts were never bear any fruit.

Regarding with the result of GBKP General Assembly, one of the decision is that Moderamen GBKP should record back all the assets of GBKP and change the certificate of building rights number 119 years 1980 which published by BPN Karo Regency into the right of ownership certificate. The certificate of the land of Public Hospital Kabanjahe have been documented in the name of GBKP in BPN Karo and the whole requirements needed have been fulfilled by Moderamen GBKP. But the certificate is not being issued by BPN Karo. The conflict of the ownership of Public Hospital Kabanjahe was finally explained in the 35th General Assembly 2014 and the decision was that GBKP should gain the rights back on the ownership of Public Hospital.

Finally throughout a series of preparations and discussions, Moderamen GBKP issued a decree letter about the Committee of the ownership returning on the rights of Public Hospital Kabanjahe and this moment was attended by the Executive Body of Classes/the Committee of the Church Districts surrounding Karo Land. On this occasion, the whole Committee of Church Districts urged that the returning of the ownership rights of Public Hospital Kabanjahe must be realized in this year, and also it has been agreed to implement a peace rally started from August 8, 2016 during 7 consecutive days in BPN office until the ownership certificate is published and given to GBKP.

Finally the peace rally was only held for one day on August 8, 2016. There were more than 11.000 people congregation members of GBKP held the peace rally along with the oration at the Regent Office in Kabanjahe. This Peace rally was started at 09.00 Western Indonesia Time and beginning with the convoy from the yard of GBKP Kabanjahe Kota towards the Karo Regent Office. In front of the office, the whole congregation members of GBKP having an oration in an orderly manner on the street because they were not allowed to enter the office. Even though, the whole participants with the numbers of more than 11.000 people were sit orderly and sometimes they were singing and dancing together while the church leaders of GBKP having serious discussions with the Regent, the parliaments members and the delegation of the central parliaments from Jakarta.

Exact at 17.00 the long discussions reached the agreement and the result was the approval of Public Hospital Kabanjahe is legally belongs to GBKP and the certificate must be published not later than on August 13, 2016.

Thanks be to God, finally on August 16, the certificate was been signed and published by BPN and handed it over to GBKP as the owner. 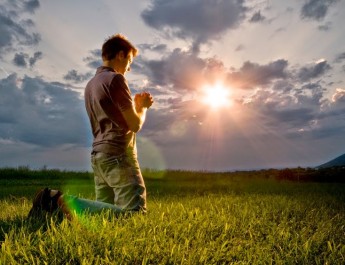 Pray For Peace and Reconciliation in Beni, Congo

3 September 2016 Humas Comments Off on Pray For Peace and Reconciliation in Beni, Congo 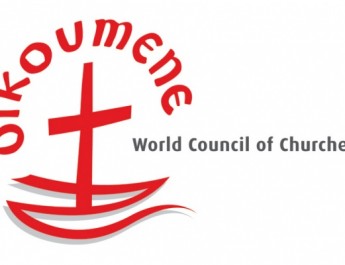